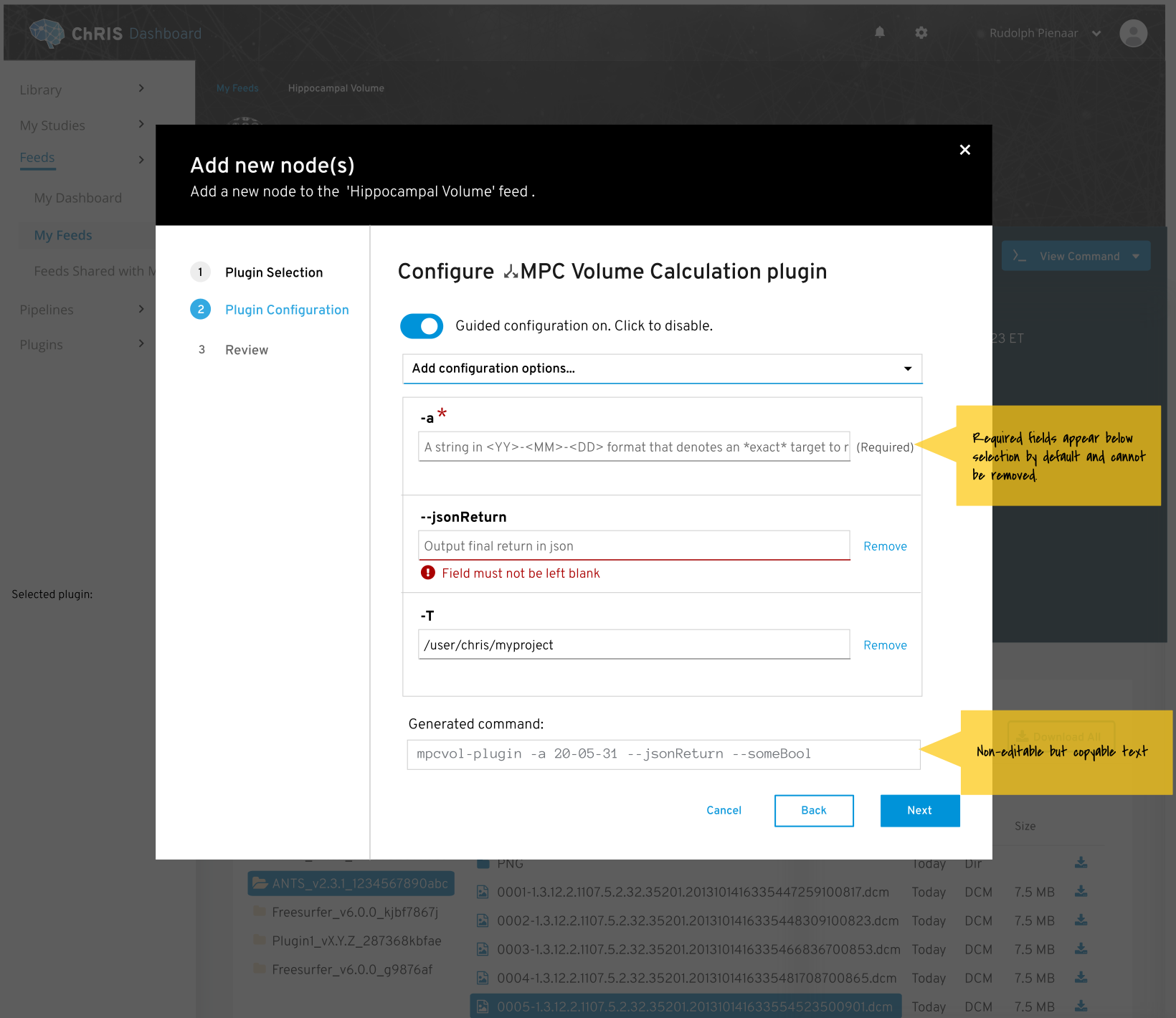 The main items of discussion during this meeting were scheduling the Hackathon and the milestones we need in place to run it, plugins gaining the ability to have multiple files passed into them, as well as discussion about how fsplugins will integrate into the UI.

The two major discussions we had during this meeting beyond the usual status reports was Hackathon planning, how to integrate fsplugins in the ChRIS UI, and Jorge’s implementation of an extended path parameter type to enable a list of multiple files to be passed into a plugin to operate on. 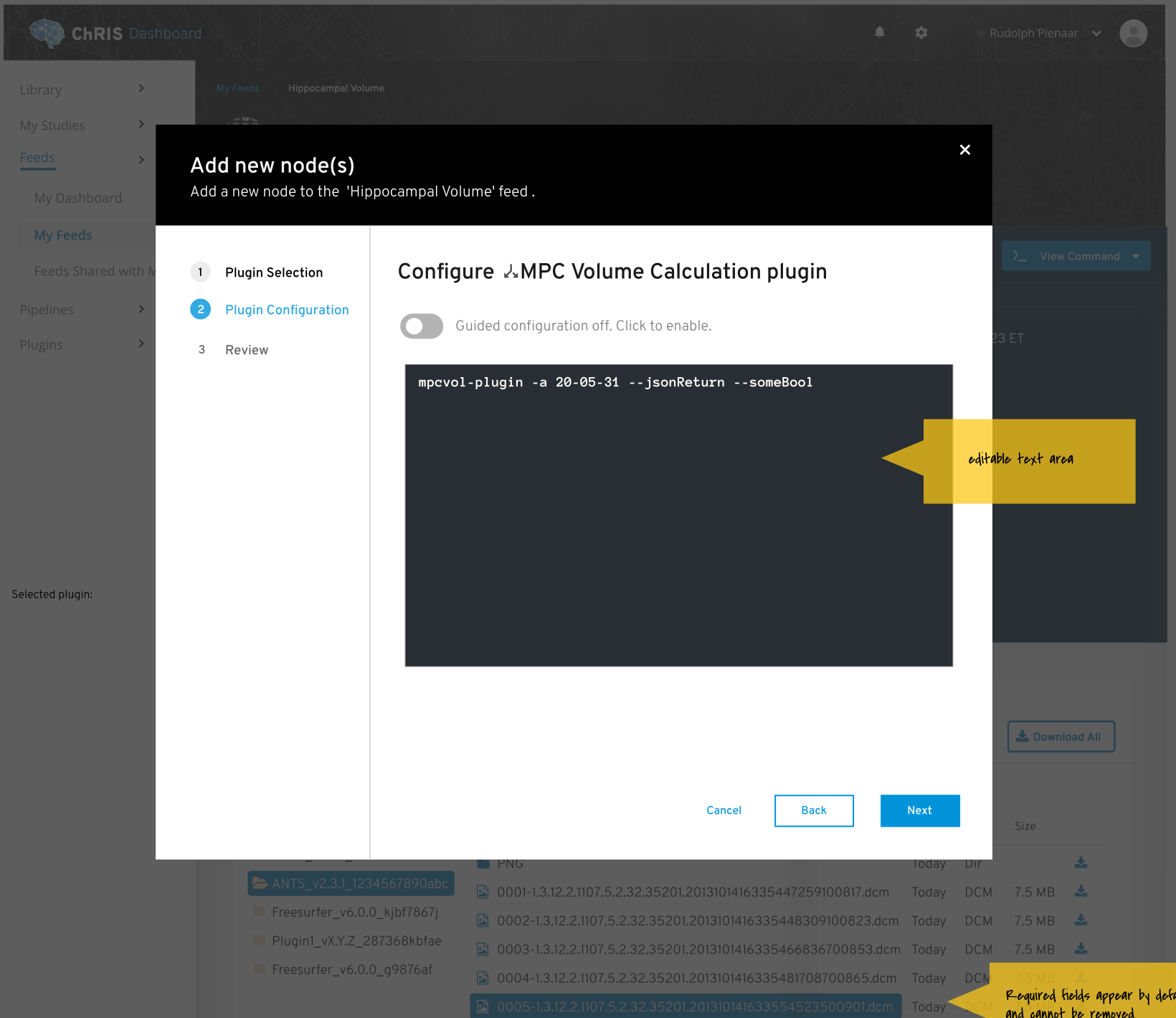