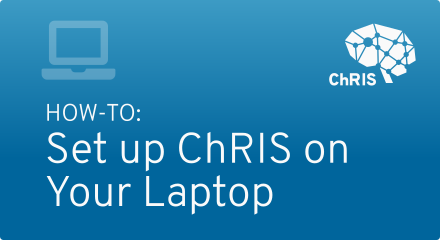 In this tutorial, you'll get ChRIS up and running on your laptop or workstation. Use these instructions to play around with it, or to get started setting up a development environment so you can start working on it.

* Due to Docker's lack of support for cgroups v2 and DNFTables, there is no official Docker build for Fedora 32. Follow the instructions in this Fedora Magazine article to get Docker running on your Fedora 32 system.

Get the ChRIS backend (CUBE) up and running

After you've met the pre-requisites, you'll need to the ChRIS backend up and running. (The ChRIS backend is also called CUBE, an acronym for ChRIS Ultron Back End.) This is the core of ChRIS, not including its web interface (we'll get that working after.)

We're going to set up a development version of ChRIS. (It will use the default Django development server and therefore is not suitable for production.) If you are interested in setting ChRIS up for production, please refer to the README in the CUBE repository.

Open up a terminal on your system and follow these steps:

Tearing down the ChRIS backend

You can later remove all the backend containers and release storage volumes with:

Get the ChRIS UI frontend up and running

Now that you have CUBE, the ChRIS backend, running, it's time to get the ChRIS web-based UI working. The ChRIS UI is written primarily in TypeScript and React, and uses the PatternFly React pattern library.

Open up a terminal on your system and follow these steps: More detailed instructions for the ChRIS UI are available in the ChRIS UI repository's README, including how to run interactive tests and build for production.

Now that you've got a got both the ChRIS backend and ChRIS front end running, why not set up the ChRIS store? 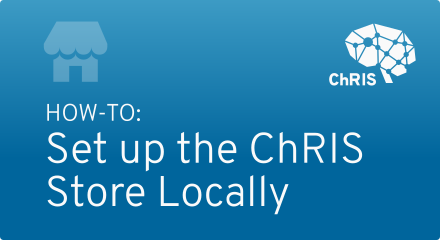 Set Up the ChRIS Store

If you want to work on the ChRIS store, or need to test loading plugins into a ChRIS instance, you'll need to get the ChRIS store running on your system. Here's how.